Zahedan – Iran: another annual graduation ceremony of Darululoom Zahedan was held on Thursday 4th April, 2019.
Tens of thousands Sunnis of Iran took part in the ceremony of 195 male graduates of Darululoom Zahedan, SunniOnline reports.
The graduation ceremony of Darululoom Zahedan has been de facto annual gathering for many Sunnis of Iran, especially for the residents of eastern and southern Iran’s Sunni citizens.
Apart from famous Sunni scholars, governor of Sistan-Balochistan and representative of the Supreme Leader in the province also take part in the ceremony.
The speakers urged on unity, trying to have a strong and complete faith/iman and helping victims of the recent floods hit some regions in Iran.
Some Baloch MPs also talked with the audience of the ceremony who underlined that the “forgotten” articles of the constitution should be implemented fully. Aleem Yarmohammadi from Zahedan said: “The Charter of Civil Rights has remained unimplemented in our region. There are problems, especially regarding religious rights.”
Friday Imam of Torbat-e-Jam said: “Unity is a prerequisite for development in religious issues. It is a duty as offering prayers is a religious duty.”
Molawi Behzad Feqhi, a young cleric from Khorasan said in his speech: “Islam is not the religion of meetings and anniversaries; rather it is the religion of striving and moving. If the world becomes full of vices and corruptions, it will not be because of the wrong’s powerfulness, but due to passiveness and laziness of the followers of the right.”
Mufti Qasemi, senior Hadith and Fiqh teacher at Darululoom Zahedan said in the gathering: “Real faith brings bravery and zeal. Faith/iman has three enemies; shirk, nifaq (hypocrisy) and kufr (infidelity). Allah wants a pure faith from us.”

Message of the gathering
Shaikh Abdol-Hamid was the last speaker at the biggest gathering of the Sunni community in Iran who shed light on the message of the gathering and said: “Returning to Allah is the message of this gathering. Unfortunately Muslims claim more and act less. Selfishness has exceeded honesty and sincerity. Sahabah, first of all, fought against their egos and selves.”
“The only way to break all political and social deadlocks is returning to Allah Almighty. We follow one nation cause. There are Muslims who either have no interest in Islam or they go to extremes and ignore huge capacity of Islam,” he added more.
The 28th graduation ceremony of Darululoom Zahedan was concluded by honoring 195 graduates of Darululoom Zahedan in 2019 and sincere Du’a of Maulana Abdol-Hamid, president of the seminary.

Iranian Sunnis oppose violence, sectarianism & insecurity
Shaikh-ul-Islam Maulana Abdol-Hamid urged in another part of his speech that “extremism and bigotry are in contrary with Islam” and Sunnis of Iran oppose “any kind of violence, sectarianism and insecurity”.
In the gathering of Iranian Sunnis where more than 150.000 citizens were present, he said: “Bigotry and intolerance are the roots of many challenges in the Muslim world. The prophet PBUH abided with his treaties always, even with infidels who ousted him from Makkah and Jews.”
“This ceremony is not only for the Sunni community, rather it is for all and we are well-wishers of everyone in the world. Iranian Sunnis are against insecurity in their country as well as in other countries. We oppose war and violence,” Friday imam of Zahedan added more.
He called on “dialogue” and negotiation among Muslims and termed it solution to Yemen, Syria and Iraq crises.
The most influential Iranian Sunni leader said: “The Sunni community of Iran has not left any excuse for the authorities. They have been active and present in all national and domestic fields. I feel that the Supreme Leader is satisfied with the Sunni community.”
“We want equal chances for competent Shia and Sunni individuals in order to give them opportunity for servicing the country. We accept we have freedom, but in the towns and regions where Sunnis are in minority, they cannot build mosques and worship freely,” he underlined.
Shaikh Abdol-Hamid concluded his points by saying: “If the historic order of the Supreme Leader about removing discrimination among religious communities is implemented, all problems of the Sunni community would have been resolved. We hope the officials will execute the orders of the Supreme Leader with open minds.” 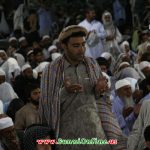 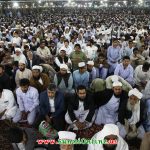 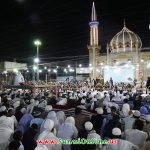 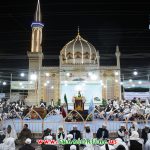 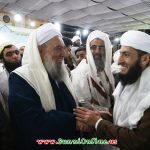 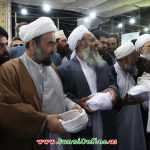